Hanuman Jayanti is a significant festival of Hindus, which is celebrated to honor the birth of Lord Hanuman, the ‘Vanara God’. On this day the Hanuman temples are submerged in masses as the devotees start with the puja early in the morning after the holy bath. The event is celebrated on the 15th day of the Shukla Paksha, during the month of Chaitra (the Chaitra Pournimaa). This year Hanuman Jayanti will be celebrated on 11th April.

Hanuman Jayanti celebration specifies the balanced coexistence of the whole human society with the nature’s astonishing creature, Lord Hanuman from Vanara community. The devotees worship him for getting blessed with bright future; some meditate by repeating his name many times to get power, fame, success and etc in life whereas some read Hanuman Chalisa to attain the same.

·       On this day devotees offer oil, sindoor and leaves of Calotropis (ruee) to the idol because these object has the maximum capacity of creating divine consciousness in the idol. Hence, is offered to the Idol.

·       The ritual of breaking the coconut is performed on this day. A coconut can attract or emit both positive and negative frequencies. Therefore, directing the tuft of the coconut towards the Idol of Maruti, the Lord should be prayed for his pure spirituality (sāttvik) frequencies to enter the coconut. Thereafter the coconut should be broken and half of it should be offered to the Deity and the other half should be kept by the seeker. Later, consume the remaining half of the coconut. Thus, you will be benefited by the ‘Sattvik’ frequencies of Maruti. Some devotess offer the entire coconut to the Deity. Such an offering rarely helps them to develop an emotion of sacrifice and they do not get any spiritual benefit from this ritual.

·       On this day, Maruti is worshiped to reduce the distress caused by Saturn. For this, Oil is taken in a bowl and 14 black urad grains are added in it. Thereafter one sees the reflection of his face along with the reflection of his negative energy in the oil. The oil is then offered to Māruti. The method of worship remains the same even when a person is sick and cannot visit a temple. When such oil is offered to Maruti, the negative energy therein gets destroyed.

To order beautiful and various kinds of Hanuman idols visit our website and order online. 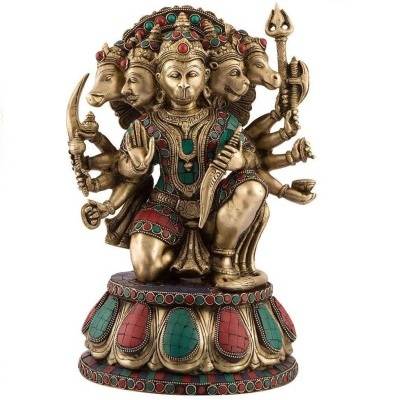 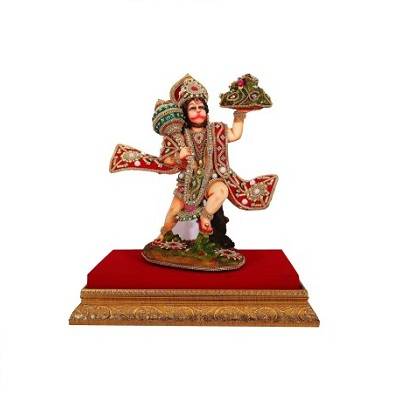 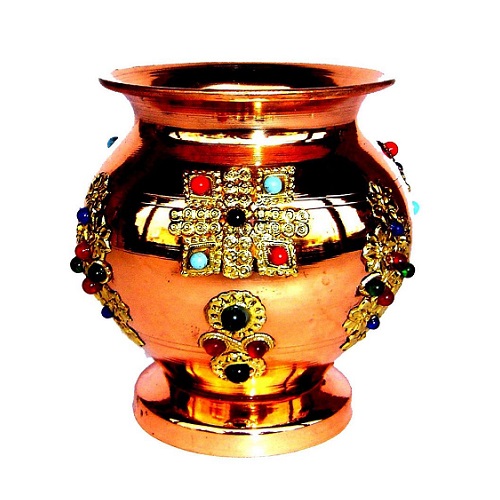 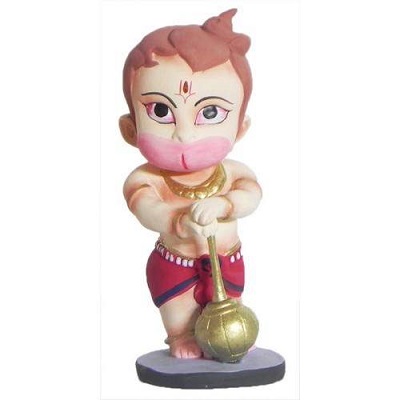