Vaishno Devi: Legend Behind it | Significance of the Yatra

One of the oldest pilgrimage spots in the country, set amidst the beautiful hills and valleys of Jammu and Kashmir is the Vaishno Devi Temple, about 12 kilometers away from Katra. It is one of the major temples in the country dedicated to Goddess Parvati, the consort of Lord Shiva. Situated at an altitude of 5300 km above sea level, the view from the very top of the hill, is a sight to behold. The regular chanting of “Jai Mata Di” by the pilgrims gives immense strength to those pilgrims who have decided to take this journey atop the hill by foot.

THE LEGEND BEHIND VAISHNO DEVI TEMPLE 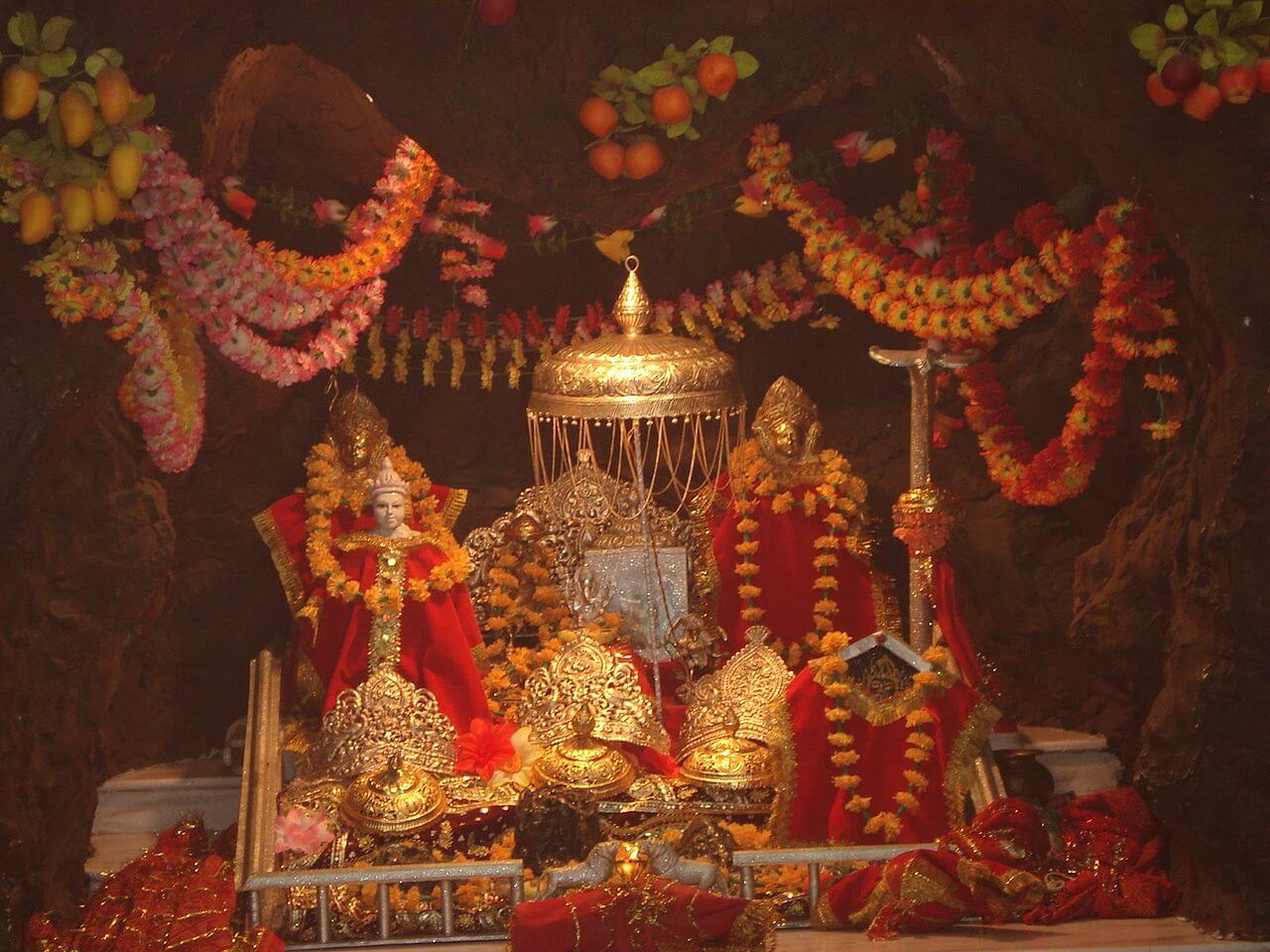 At the age of nine, Mata decided to perform penance on the seashore. Ratnakar Sagar, her father, kept his promise and did not stop her from doing so. Mata Vaishno Devi then sat on the shore, persevered and prayed to Lord Rama, considered to be an avatar of Lord Vishnu. This was the time when Lord Rama, along with his Vanar Sena, was searching for Sita, who had been wrongfully abducted by Ravana. Whilst passing, Lord Rama took notice of the beautiful Vaishno Devi, praying on the seashore. He came and blessed her thereafter. She claimed to have accepted him as her husband. However, Rama, having vowed to have only one wife, declined her request. But moved by her persevering conduct and worship, Lord Rama promised to marry her in the Kalyug by taking a rebirth as Kalki. During that time, Lord Rama asked her to continue her penance and meditate in a cave, situated amongst the Trikuta Range of Manik Mountains, amongst which the holy shrine of Mata Vaishno Devi now lies. The Bhairon Ghati, where the Bhairon, who was murdered by Devi, is the place where he is worshipped. It is above the Mata Vaishno Devi’s shrine. The discovery of Her cave is credited to a Pandit named Sridhar, at whose place Mata had once held a ‘bhandaara’. After Mata’s departure from his place, the Pandit seemed to have lost all purpose. He subsequently had dreams of Mata Vaishno Devi showing him the way to Her cave. He recalled the dream and eventually found his way to the cave, which is how it was discovered.

The divine yatra to the Vaishno Devi shrine begins from Katra, situated 12 kilometers away from the starting point. The hotel or accomodation facilities in Katra have been enhanced in the past decade, keeping in mind the vast number of pilgrims thronging for the darshan every year. The journey from Katra to the foot of the hill in which the shrine is made, can be done by car. It is a small distance and does not require much time.

THE LENGTH OF THE PILGRIMAGE AND FACILITIES ALONG THE WAY

The complete length of walking up to the shrine is said to be about 13.5 kilometers. If you wish to visit Bhairon Ghati, add another 2 kms. Hence the total distance will be about 15.5 kms one way.

There are several facilities for the visitors enroute Vaishno Devi like eatables, seating, ashrams, etc. for people who prefer walking the path. If you are willing to walk, start in the evening so that you will reach by mid-night or so.

There are multiple other options available for those who do not wish to take the yatra by foot. They include pony rides, battery vehicles for old people, palki rides, as well as the Pawanhans helicopter service which covers the distance atop the hill in a mere 7 minutes duration. 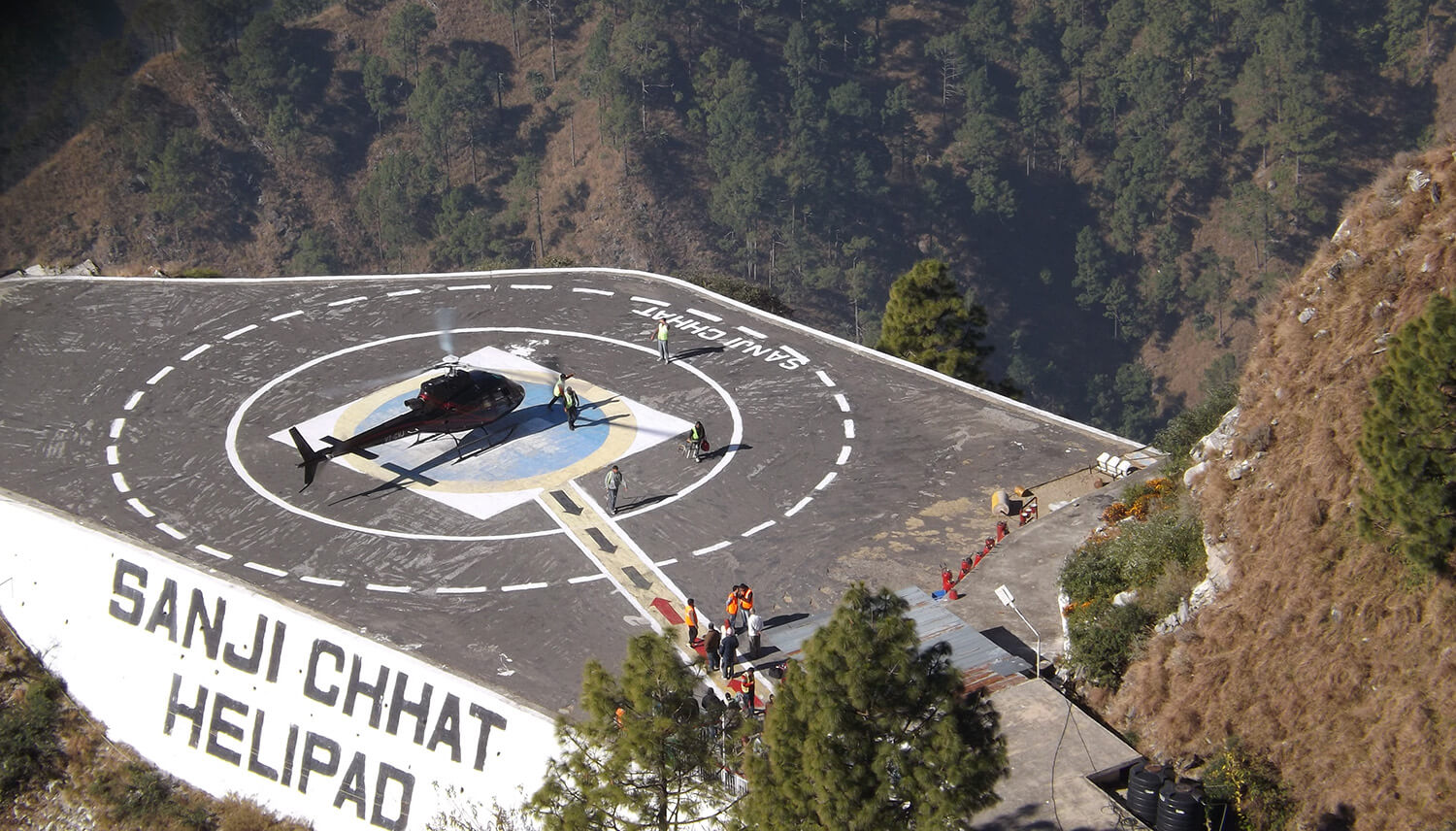 Unknown Origin – The Origin of Vaishno Devi is a complete mystery, like many of the places in India. No one knows how the caves came to be or what exactly happened there.  Million Year History of Pilgrimages – Geological investigations into the matter of, and some research of the Holy Caves, have yielded the result that it’s been approximately one million years on since the pilgrimages have begun to Vaishno Devi!

Shaktipeeth – Vaishno Devi is considered the holiest of all the places (also known as Shaktipeeth), which possesses the energy to keep the Mother Goddess safe. Evidence has even been found to observe the Mata Sati falling at this place.

Single Point of Access – The Vaishno Devi temple can only be reached from Katra. It’s a small town from which one has to receive the Yatra Parchi as a darshan, at Banganga point, before proceeding to the temple.

The Highest Point – The highest point in Vaishno Devi is known as Bhavan, which is located at 6218 feet (1906 meters) above sea level. It is said that only the most spiritual and devoted souls make this ascent by foot, which is a startling 13 kms from the town of Katra.

Splitting the Mountain – Early on, in the 1900s, the Yatra route, or the original route to Vaishno Devi, was not wide enough to accommodate the multitudes who flooded it. Hence, in order to make more space, the mountain was split in half to build a new road, at Ardh Kuwari (the halfway point). Beyond this point, it’s all foot or an electric auto up to the temple.

Hitting One Crore – A statistic shows that compared to the 10 lakh people who used to visit the shrine in the early 80’s, the number has since grown tenfold over the last the last 30 years. In 2014, almost one crore pilgrims visited the holy shrine!

SIGNIFICANCE OF THE YATRA

The shrine is actually a cave inside the mountain which is reached through a well-lit tunnel. Here resides the rock, which the Devi is believed to have turned herself into. The loud chanting, enthusiastic & relieved pilgrims, and the shrine give unparalleled joy to the devotees. It is the second most visited temple in India. It is believed that the devotees get divine blessings from Mata Vaishno Devi, as well as strength to persevere and ultimate peace of mind.