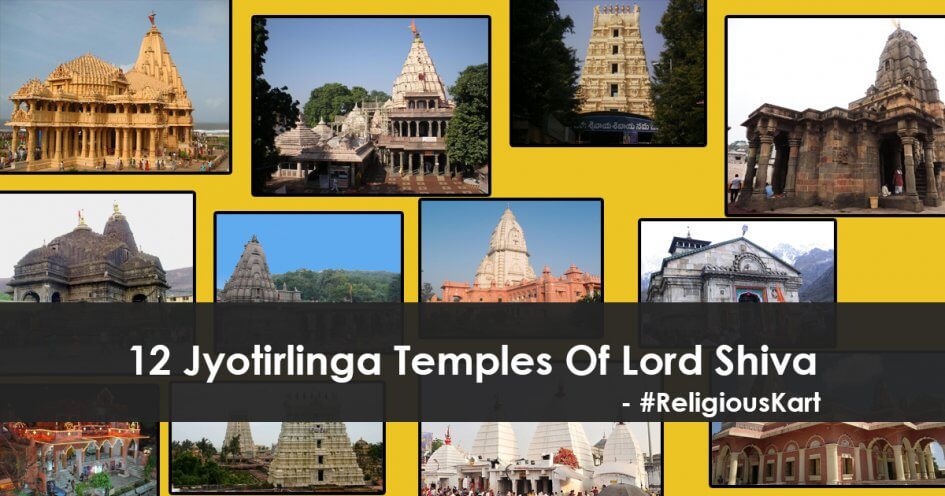 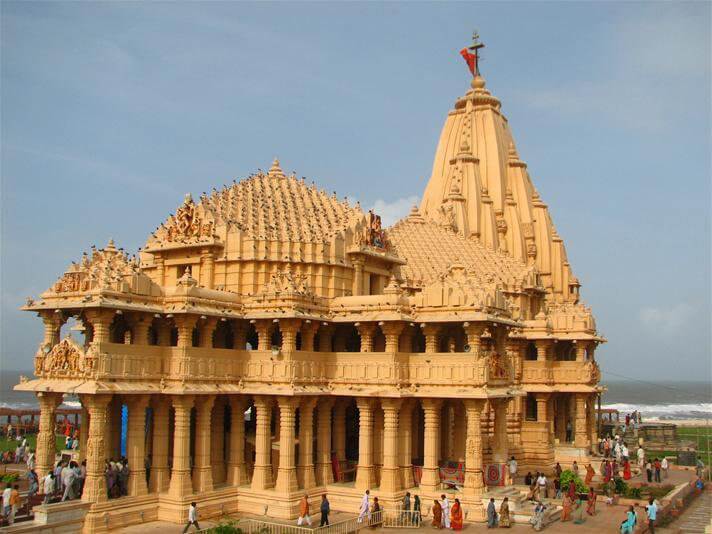 The Mahakaleshwar Temple is situated in Madhya Pradesh in the beautiful city of Ujjain and is considered to be a matter of curiosity because it is believed to be Self-Existing or “SWAYAMBHU”. Shakti Peetha and Jyotirlingam can be seen together here and it is the only temple that faces south. It is believed that Lord Shiva incarnated here to save his devotees from untimely deaths. 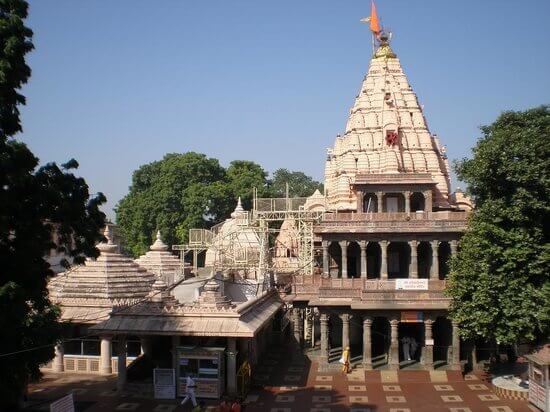 Situated in Andhra Pradesh, in the city of Srisailam, Mallikarjuna Swamy Temple is a beautifully sculpted temple, rich in architecture and design. Shakti Peetha and Jyotirlingam are together in this temple. It is a popular destination for pilgrimage from centuries. The Srisailam hill is considered extremely sacred and people believe that one can attain moksha simply by taking birth at this place. The Brahmaramba Devi and the Jyotirlinga are believed to be self-manifested at the Mallikarjuna Swamy Temple. 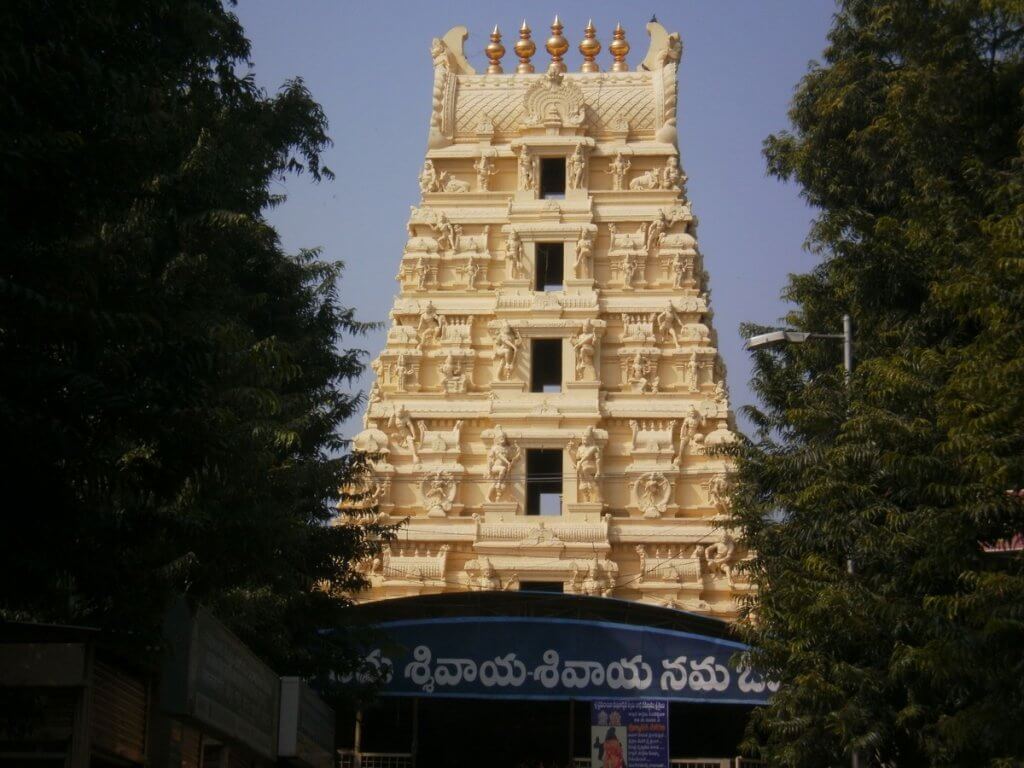 The temple is situated in Madhya Pardesh and is considered rich in its culture, history and heritage. This temple is considered extremely holy for Hindu devotees. This temple is situated just opposite to Omkareshwar temple on the banks of River Narmada. Though Omkareshwar is the more famous out of the two but Mamleshwar is the actual Jyotirlinga. This temple is not as big as other jyotirlingas containing only a hall and sanctum. The Mahashakti idol (Goddess Parvati) is also situated at the back of Shiva idol and there are many small temples around the Mamleshwar Jyotirlinga. 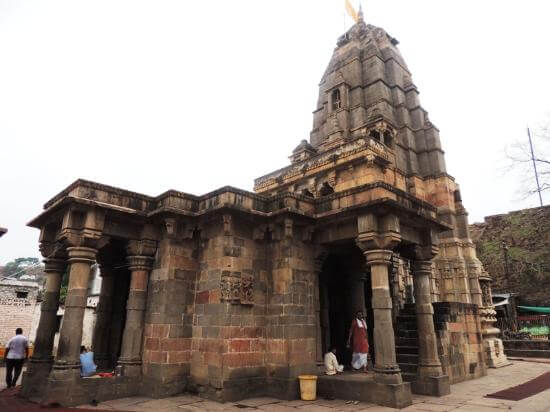 Kedarnath needs no introduction as it is one of the most famous and visited Shiva temples attracting devotees nationally as well as internationally. Situated in the beautiful valley of Uttarakhand, Kedarnath is the closest temple to Lord Shiva’s holy abode at Kailash Parvat. It is part of the Char Dham Yatra, famous in Hinduism. It is said that Lord Shiva took the form of a wild boar and dived into the earth at Kedarnath and emerged out at Pashupatinath. Here pure Ghee is offered at Kedarnath in the belief that the wild boar was injured. 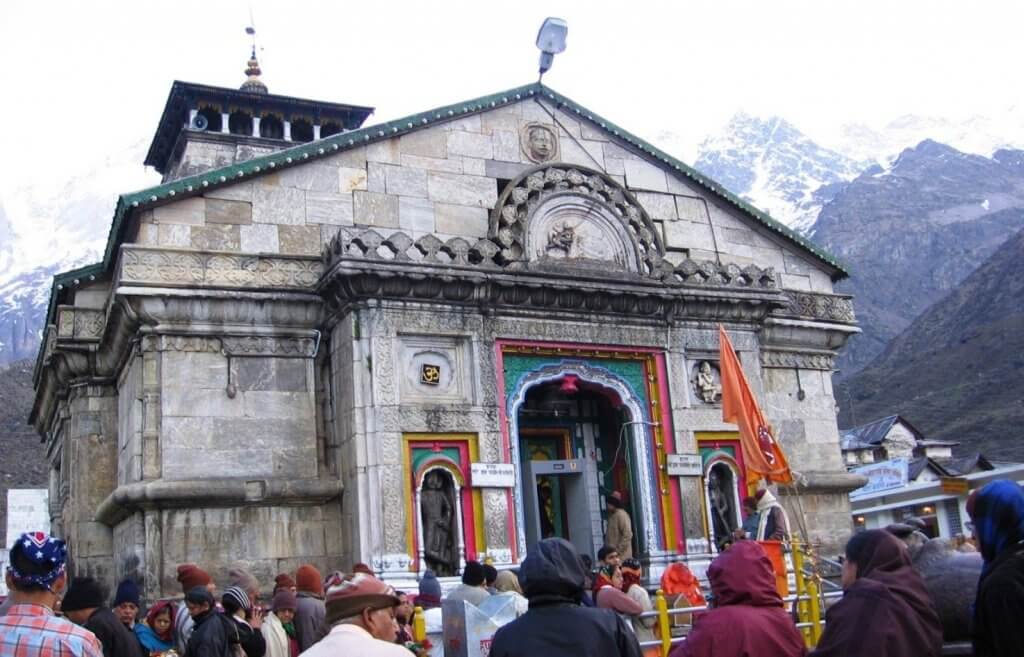 Situated in Varanasi, Uttar Pradesh, the temple is probably the most sacred shrine in Hinduism. A Hindu is expected to go to Varanasi for the holy pilgrimage at least ones in his lifetime. The main deity is Lord Vishwanath and is the holiest of all Shiva Temples. It is situated on the western banks of holy river Ganga. The temple is the place where Shakti Peetha and Jyotirlinga are together. Kashi Vishwanath temple is beautiful in design and rich in History and Heritage and holds the priviledge of being situated in the oldest city of Varanasi.

The temple is situated in Maharashtra and is also a center of debate for many reasons. The built of this temple shows the excellent craftsmanship of the Vishwakarma sculptors. This pilgrim spot is the most beautiful surrounded by dense forests and wildlife and is referred to as the paradise. The best time to visit the temple is August and February. 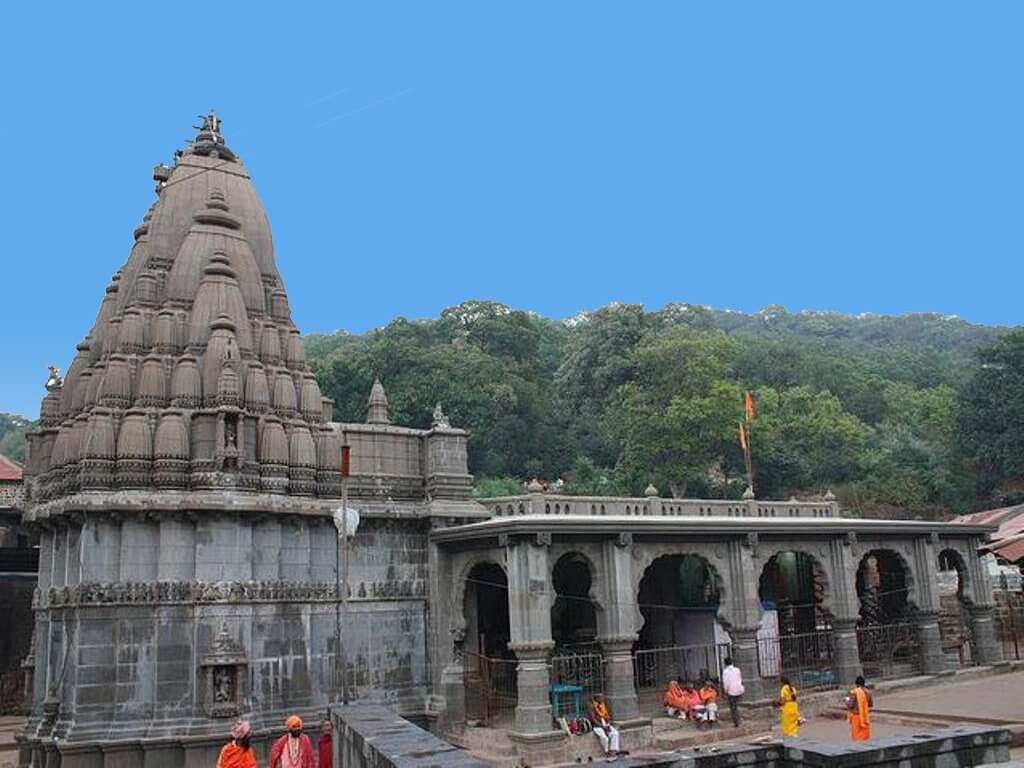 The temple is situated in the State of Maharashtra, in the town of Trimbak and is one of the holy temples of Lord Shiva. The creation of the jyotirlinga is itself amusing, having three faces embodying Lord Brahma, Lord Vishnu and Lord Rudra. The temple is built with black stones entirely. The temple houses gurukuls and maths and is also a center for Ashtang Yoga. The idol of Lord Shiva was built using Nassak Diamond which was looted by the Britishers. The place is famous for its scenic beauty and lush green surroundings. 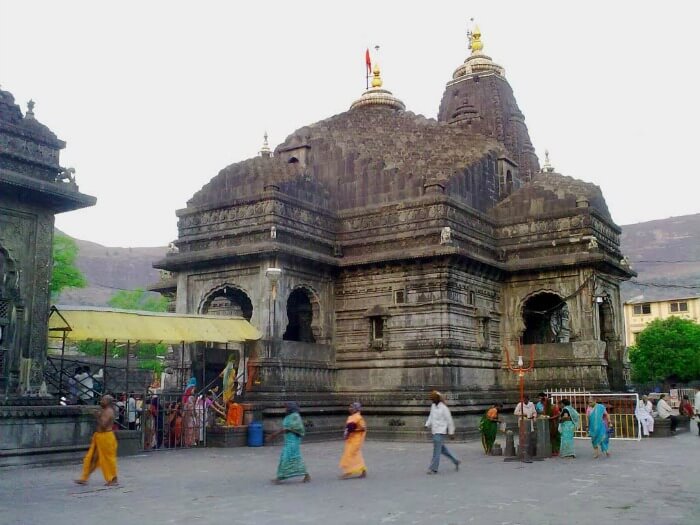 The beautiful temple is situated in Maharashtra and was built in the 12th century. The most beautiful feature is that the Nageshwara Jyotirlinga holds the priviledge to be mentioned in the Shiva Purana. The 25m sitting statue of Lord Shiva and a beautiful pond are the main attraction of this place. The temple attracts thousands of pilgrims all over the world each year. 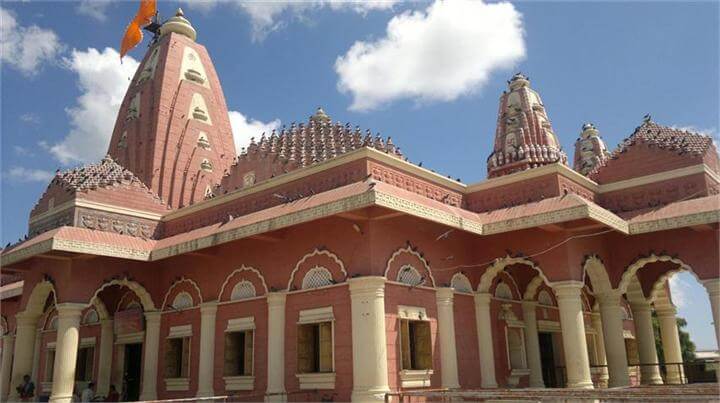 The beautiful shrine is situated in Parali, Maharashtra. The temple is also known as Baba Vaidyanath Dham and Vaidyanath Dham. The temple consists of Baba Vaidyanath’s shrine as well as 21 other temples. According to a belief it was this temple where Ravan used to worship Lord Shiva to get his blessings. Lord Shiva impressed by his devotion cured him (like a vaid or a doctor) as Ravan was injured and hence the temple derives its name.

The temple is situated in the state of Tamil Nadu and is one of the vast Shiva’s temple. It has the Rameshwara pillar. It is believed that anyone who wants to wash off his or her sins, must take a dip in the holy water situated near the temple at least once. Spread in 15 acres it is believed that Lord Rama himself installed the Linga here. The temple has high and lofty Gopurams and beautifully sculpted walls and a Nandi Statue. It is said that whoever goes and worships Lord Shiva in Rameshwaram always resides in Shivlok. 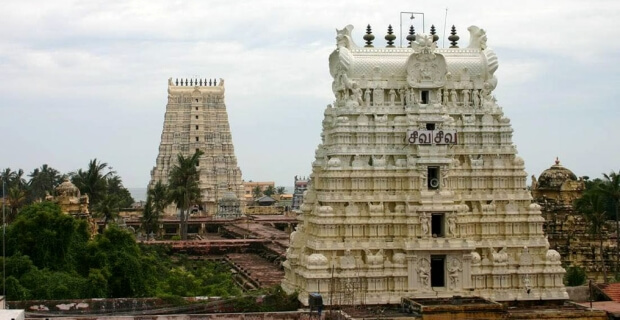 Lord Shiva used to roam around from place to place to cure the ailment of his followers. Today we have numerous amounts of shivlings but the most auspicious ones are called the Jyotirlingas. 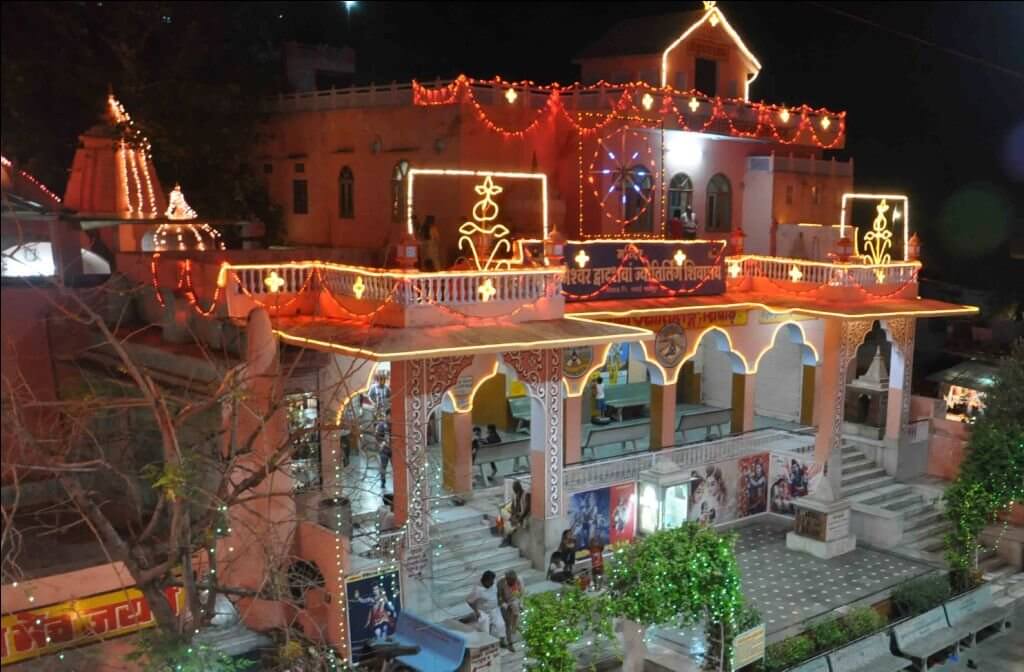